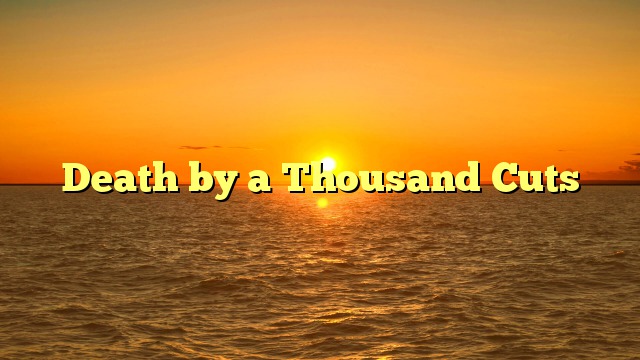 What does the idiom “death by a thousand cuts” mean?

Definition: an effort or person that fails because of many small problems rather than one big disaster

Example: The Sears retail chain is suffering death by a thousand cuts—as recently as 2012 it was profitable, but since then they’ve had various difficulties.

Note: Thought to have referred originally to an ancient Chinese torture technique